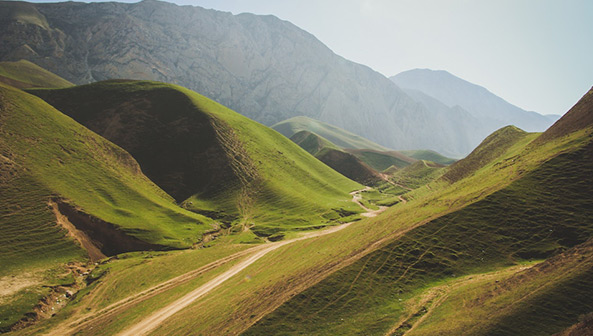 With the exception of a military junta, Afghanistan has been governed by every conceivable system of government over the past century, including a monarchy, republic, capitalism, theocracy, dictatorship, socialism and orthodox communism. Years of conflict had left the Afghan government with a deeply fragmented administration, poor policy management capacity, outdated administrative and financial management systems, a serious disconnect between provinces and the centre, and enduring capacity constraints.

The challenge for PAI, in partnership with Adam Smith International, was to begin implementation of a new pay and grading system for the whole of the Afghan civil service. This World Bank-funded project was scheduled to last for three years and it was intended to build upon the work already undertaken by both donors and consultants. The project was part of an on-going and much wider international effort to reform the Afghan government at every level and provide improved services to the people of the country.

All such reform efforts, however, were being implemented at a time when the security situation was failing to improve and, at a provincial level, becoming noticeably worse than ever before. In such circumstances, reform of the civil service was always likely to attract much less international attention and support than it properly deserved. Added to which, Afghanistan was becoming one of the world’s major narcotics suppliers and the very substantial revenue generated from the sale of heroin was effectively corrupting all levels of provincial and state government.

The Government of Afghanistan employed approximately 330,000 civil servants – approximately half of these being in the Ministries of Education and Health. The majority of these employees were very badly paid, receiving on average $60 per month. They lived in poor-quality housing and, statistically, were more likely to be the victims of terrorism than foreign soldiers.

Ministerial structures were entirely unreformed. Most civil servants had no job descriptions and received little or no training. There were 28 job grades and progression through these was either by seniority and service or by the payment of bribes. There was almost no incentive for civil servants to work effectively, because performance appraisal procedures were almost non-existent and, anyway, good performance was not rewarded in any meaningful way.

It was obviously necessary, therefore, to develop the basics of good government administration. The process began prior to the start of the project with a new Civil Service Law – one which provided the legal framework in which the reform programme could take place. In parallel with this, funding was secured to provide for an effective doubling of the civil service salaries budget. In other developing countries, such an increase is usually funded, in part at least, by reductions in the numbers of civil servants employed. However, Afghanistan was recognized as a special case and therefore no such reductions were planned, much less implemented.

PAI deployed a small team of consultants to work with counterparts in the Independent Administrative Reform and Civil Service Commission (IARCSC). This was the central organisation responsible for both developing and implementing Human Resources (HR) policy and procedures throughout the civil service, and for spearheading the reform programme. All these activities were grouped under the general heading of the Public Administration Reform (PAR) programme – which was itself part of the Interim Afghanistan National Development Strategy (I-ANDS). This programme was established with the overall objective of creating an environment – legal, administrative, systemic and physical – which would both require and, in time, enable the Civil Service to function efficiently, effectively and accountably.

In particular, this meant creating or restoring the direct link between:

The proposed new pay and grading structure consisted of two main elements. These were:

The PAI consultants trained a team of counterparts in the process of writing job descriptions and evaluating grades. Additionally, the counterparts were required to examine ministerial structures and, where necessary recommend, and ensure implementation of, structural changes into which the newly-graded jobs would be placed.

The implementation process was as follows:

Over the course of the three-year project, the new processes and structures were then implemented throughout the civil service. There is little doubt that the government administration of Afghanistan is now substantially improved when judged against the standards of 5-10 years previously. It very much remains to be seen, however, whether these improvements will be sustained while the overall political, economic and security situation in Afghanistan remain problematic.