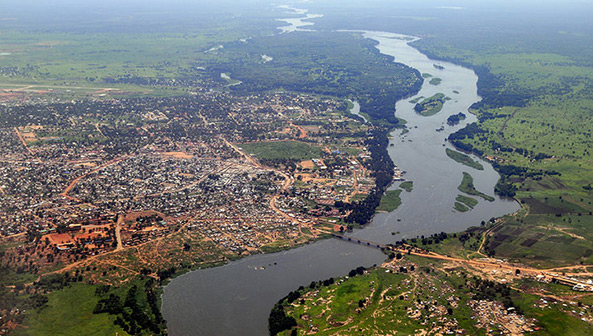 PAI’s team of two M&E and gender experts faced quite a challenge in completing the review over a short space of time, covering the ten-year period of the PoA across all 53 Commonwealth member states and using a set of nine quantitative indicators and eight qualitative indicators against which progress was to be measured.

The PoA provided the framework within which the Commonwealth contributes to advancing gender equality and women’s empowerment.  It set out to ensure that a gender perspective is included in policies and programmes at national, regional and international levels and the plan covered four critical areas:

A crucial aspect of the PoA was how it was implemented in practice, particularly across four key areas:

Partnerships – involving collaboration between the Commonwealth Secretariat, member governments and other partners such as international organisations and civil society organisations (CSOs).

Knowledge, information and capacity building – generating and sharing information were key aspects of implementing the PoA, including the Commonwealth Secretariat’s ability to respond to requests from member governments for policy advice in areas such as Gender Responsive Budgeting and Gender-Based Violence and for training and capacity building support on gender awareness.

Resources – financial, human and technological resources for the effective implementation of the PoA.

Monitoring, reporting and evaluation – reporting on the implementation of the PoA, supported by the Commonwealth Secretariat, with progress reviews by Commonwealth Women’s Affairs Ministers.

Our approach to the ETR and the methods used included meetings with key Commonwealth Secretariat staff; review and research of all relevant records and data related to the implementation of the Gender PoA by the member states, the Commonwealth Secretariat and other organisations; questionnaire surveys and phone/skype interviews with relevant stakeholders associated with the PoA; establishing a set of nine quantitative indicators and eight qualitative indicators against which progress should be measured.  Proxy indicators were used where data was unavailable.  Our consultants also conducted a meta-analysis of available data to present a trends analysis in gender equality and women’s empowerment; field visits to seven selected countries (in Africa, Asia, the Pacific and the Caribbean) to hold face-to-face interviews; and the use of case studies, which were developed by the Commonwealth Secretariat under a separate consultancy, as examples of “good practice”.  Significant changes were assessed using the “Gender at Work” theory of change model, below:

The key research questions asked were:

Efforts to implement the PoA over the past ten years encountered a number of obstacles and challenges.  These can be summarised as:

Lack of accountability – Although the PoA provided a useful structure for working towards gender equality, it was not a plan of action with binding policies or enforceable mechanisms.  This limited its effectiveness as stakeholders were not required to undertake any of the actions outlined in the PoA, and there were no sanctions for failing to support gender equality across the Commonwealth’s critical areas.

Lack of targets – For progress to be measured and monitored, a clear framework that outlined targets and indicators was necessary.  Apart from the objective of attaining 30% of women’s representation in the political, public and private spheres, no other target was set in the PoA.  This resulted in a lack of clarity of what the PoA was trying to achieve and prevented the different stakeholders from developing a strategic plan with detailed activities that would enable them to achieve or contribute to shared goals.

Lack of flexibility – A ten-year plan was too long and the PoA was not flexible enough to address shifting priorities or developing issues.  This included not being able to incorporate emerging and changing issues such as the importance of climate change – especially for island member states and other Commonwealth countries which are vulnerable to climate change and natural disasters; the impact of natural disasters on women who must continue to take care of children and/or family members under these conditions; a more integrated approach to women’s health issues which involves communicable and non-communicable diseases and prevention considerations; and the global economic crisis which began in 2008.

Lack of awareness – Unless National Women’s Machineries (NWMs) and other Commonwealth partners had made direct contact with the Commonwealth Secretariat on the subject of the PoA, the majority of individuals or organisations were not aware of the PoA.

Lack of resources – No financial or other resources were specifically allocated for the overall implementation of the PoA.

Lack of monitoring, evaluation and accountability – Due to an absence of a robust results framework, it was not possible to effectively monitor and evaluate or undertake accountability measures in relation to what had been done and how any changes came about, or why changes did not occur as expected in terms of implementing the PoA within the Commonwealth and the Commonwealth Secretariat over the ten-year period.

Findings related to the four key areas of PoA implementation can be summarised as follows:

Our evaluators identified a need to develop comprehensive lists of partnerships and knowledge, information and capacity building initiatives associated with gender equality and women’s empowerment.  This includes creating detailed information on follow-up procedures to determine the impact of projects and publications on implementing the PoA and how much money was allocated to carry out the implementation of the PoA.  Without access to accurate data on resources requested, allocated and spent it was difficult to monitor the impact of programmes.

Monitoring, evaluation and reporting on the implementation of the PoA were problematic throughout its life-cycle.  Our evaluators were able to outline whathad changed in terms of the quantitative indicators within the four critical areas but not what had caused the changes.  Using the Gender at Work model with its theory of change format provided deeper analysis in terms of what had caused changes within Commonwealth countries.

Overall, there have been significant steps forward in several of the critical areas since the baseline year of 2004, most notably in policy and legal reforms.  Over the ten-year life-cycle of the PoA, important and effective measures associated with the four critical areas of the PoA have been undertaken within Commonwealth member countries.   Increases in the overall number of women in leadership roles; the adoption of legislation to protect against domestic violence; innovative work on Gender Responsive Budgeting; efforts to encourage women entrepreneurs; the production of relevant gender-related publications; and increased levels of women accessing antiretroviral drugs are but a few examples of the initiatives which address the four critical areas of the PoA.  Despite this progress, women face major barriers such as a lack of implementation of laws relating to gender equality, such as laws on violence against women; exclusion from formal decision-making and employment; obstacles to accessing services; and discriminatory norms and social institutions.

The findings of the ETR clearly indicated that a new Commonwealth ten-year plan of action for gender equality and women’s empowerment was not the best option.  The evaluation study made 10 strategic and operational recommendations for the Commonwealth’s post-2015 gender equality and women’s empowerment framework.  The main recommendation was for the Commonwealth to align itself with the United Nations Sustainable Development Goals (SDGs), specifically SDG 5 and its nine targets – ‘Achieve gender equality and empower all women and girls’.  By aligning itself with the UN’s SDG 5 and its targets, the Commonwealth would avoid becoming just another stakeholder undertaking gender equality work. Rather, due to the Commonwealth’s unique history and structural make-up as an inter-governmental organisation, it would contribute by emphasising its niche areas of comparative advantage such as its innovative work on Gender Responsive Budgeting, violence against women, legislative reform and its capacity to monitor elections.  The Commonwealth would play to its strengths in focussing its post-2015 framework on  the UN SDG 5 targets.