Ongoing legal and judicial reforms focus on enhancing the performance of court systems – in particular – court administration. These measures seek to ensure appropriate methods and are used to improve the quality and speed of delivery in judicial decision-making processes. Changes to the organisational structure of the court system, improvements to the management of resources and to court proceedings are all central components of worldwide justice reform.

While justice reforms generally are large complex processes, some gains in efficiency such as the handling of course records and case files are relatively easy to achieve.

Key issues include the various roles in the justice system, for instance distinguishing between its judicial function and an administrative function. It is very important for every country that the judiciary remains independent from the executive, but independence does not exclude cooperation with the other agencies in the justice sector. For the justice system to work, prosecutors, the police, prisons, court administrators and the defence bar all need to work together. Properly managed, this won’t have an impact on judicial independence, but it will have a positive impact on efficiency.

The second important factor to look at is how victims and witnesses are handled. We have done a lot of work in the UK in recent years, which I think has been very successful in trying to improve the way witnesses and victims are dealt with by courts.

Judicial case management is the fourth key to making improvements and ensuring that when cases start, they go through to completion without interruption or without any significant adjournments and that everybody is ready for handling the case when the case comes on. Often, sadly in the UK as well as elsewhere, you’ll go to a court and full disclosure has not taken place or witnesses are unavailable. Still too many delays come from simple administrative errors and difficulties, all of which frustrate the legal process.

The fifth factor is to look at diversion – different ways in which we can provide an alternative to going to court – such as alternative dispute resolution. Because if you go to court to resolve a dispute between you and your neighbour, or even you and your partner, nobody comes away from that experience happy regardless of the outcome.

Alternative dispute resolution, whether through mediation, conciliation, arbitration, represents better outcomes for both parties and is a significantly quicker and cheaper way to resolve disputes.

Reviewing these five areas – judicial independence, the treatment of victims and witnesses, record keeping/archiving, case management, and diversion – is a good start for a successful justice reform.

Neil McCallum leads PAI’s Judicial Administration Workshop
“The aim of the programme is for participants to see what we are doing in England and Wales – in terms of judicial reform, but also how the system operates. It’s particularly interesting because a large number of our participants are from Commonwealth countries and these countries have similar jurisdictions and their justice systems are often based on the model used in England and Wales.  As part of the programme we work through the court system by visiting Magistrates Courts, County Courts, Crown Courts, the Court of Appeal and the Supreme Court. We also meet and hear from a range of senior people in the justice system. We look in detail at a different range of both Criminal and Civil courts and how they actually operate in real life. We meet with judges and court administrators, and look at and discuss ways in which the justice system can deliver a more powerful and effective service to its citizens.” 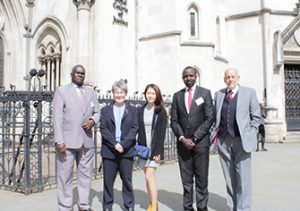 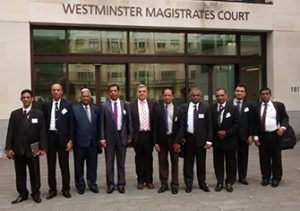