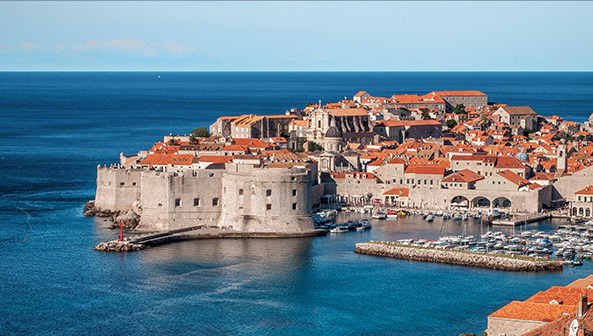 International Parliamentary Institutions (IPIs) are becoming a global phenomenon.  Since the end of the Cold War, they have rapidly multiplied in number and with a diversity of forms. In the Western Balkans (WB) and South East Europe (SEE), the focus of our study, the number of regional parliamentary initiatives has also multiplied.  They have become channels of communication and parliamentary diplomacy in a region which was once haunted by conflict.  They are becoming institutionalized instruments of oversight of multilateral policy-making too.

However, full participation in the growing number of IPIs can be a challenge to both human and financial resources, especially for parliaments of smaller countries.  In addition, despite the varying geographical scope of IPIs, there is a risk of thematic overlap.  So there is a need for further synergies.

In order to determine the most efficient way to support parliamentary co-operation, in 2014 the European Commission / DG Enlargement commissioned a study on regional parliamentary co-operation.  PAI’s parliament and democracy expert, Franklin De Vrieze, conducted the study and produced two documents: (1) mapping and analysis of IPIs in the Western Balkans and South East Europe and (2) an overview of parliamentary capacity building in EU Candidate Countries and potential candidate countries.

The mapping and analysis of IPIs in the Western Balkans and South East Europe is based on a clear analytical framework, assessing each initiative against four dimensions: (1) constitutional status, (2) degree of institutionalization, (3) institutional authority and (4) synergies with other parliamentary initiatives. The four dimensions were selected bearing in mind current academic research on IPIs, while taking into account the specific context of the WB and SEE.

This analytical framework for parliamentary co-operation was applied to fifteen case studies on parliamentary co-operation.  The fifteen initiatives were selected for one or more of the following reasons: (1) they have a geographical focus on the WB or SEE, (2) the parliaments of the WB and SEE constitute a very significant portion of the membership and (3) they are considered by the parliaments of the WB as politically most important.

For the purpose of this study, the geographical area of the WB and SEE has been defined as follows: under “Western Balkans”, we understand this to be the area covering the former Yugoslavia, plus Albania but minus Slovenia; that is: Croatia, Bosnia and Herzegovina, Serbia, Montenegro, Albania, Macedonia and Kosovo.  Under “South East Europe”, we understand this to be the area covered by the South East Europe Co-operation Process and the Regional Co-operation Council (RCC).  This is the Western Balkans plus Slovenia, Romania, Moldova, Bulgaria, Turkey and Greece.

The following fifteen case-studies were examined:

In addition, our consultant analyzed the participation by the parliaments of the Candidate Countries in the activities of the Parliamentary Dimension of the Council Presidency during two years, from 1 July 2012 to 30 June 2014.  Four countries were Candidate Countries for this two-year period: Macedonia, Montenegro, Serbia and Turkey.

The study reviewed twenty-five parliamentary co-operation platforms: fifteen regional platforms and ten EU-related platforms which are relevant for the parliaments of the WB. It highlights the importance of regional parliamentary co-operation for the European integration prospects of the Western Balkans and for the process of consolidation of democratic institution building in the region.  Opportunities for better institutional synergies between the selected IPIs were suggested as well.

During the second part of the study, our consultant analyzed parliamentary capacity building in EU Candidate Countries and potential candidate countries.  Over the last fifteen years, the parliaments of the WB have received extensive technical advice and capacity building support from various institutions, organizations, multi-lateral projects and bilateral donors.  The advice and support were very instrumental in strengthening the institution of parliament as the countries continue on their path towards European integration. Taking into consideration the variety of initiatives and projects, and the different institutional context in each of the countries, this part of the study has been structured around three main areas: (1) profile of the national parliaments in terms of European integration and regional co-operation, (2) overview of single-beneficiary parliamentary capacity building projects, which means the projects through which one specific parliament receives assistance and (3) overview of regional parliamentary capacity building projects, which are projects through which the parliaments of the region jointly benefit from a common programme.

The study was based upon an in-depth review of the relevant literature on IPIs and a series of interviews with senior parliamentarians, parliamentary staff and officials of various institutions and organizations in Ankara, Belgrade, Bucharest, Istanbul, Podgorica, Prishtina, Sarajevo, Skopje, Sofia, Tirana and Zagreb, as well as interviews with Members of the EP and senior staff of the EC, the EEAS and the EP.

The substantial increase in the number and role of regional parliamentary co-operation initiatives indicates that relations among the states of SEE and the WB are gradually becoming more intertwined and interdependent.  The parliamentary dimension of various inter-governmental structures has added a level of legitimisation to the process, provided a parliamentary context and contributes to a sense of common regional belonging.  One can even claim that it has become standard practice to establish a parliamentary dimension to any new type of international co-operation because it would look undemocratic not to do so.  However, this does not necessarily guarantee the proper functioning and authority of the IPIs, as sometimes there is still a lack of clarity about the impact on policy making.  In addition, the visibility of many IPIs and parliamentary networks remains a considerable challenge, within the both participating parliaments and society more widely.

Therefore, and with a view to supporting the IPIs to become more effective, the study offers recommendations on the ‘design’ and functioning of the IPIs in the WB and SEE, as follows:

The study provides comprehensive advice to the EC / DG NEAR on IPA-support to regional parliamentary co-operation in the years ahead.  In order to be effective and sustainable, the EC support to regional parliamentary co-operation, through IPA, needs to adhere to a number of criteria, in our consultant’s opinion.  Firstly, the support should count on the ownership and agreement of the parliaments in the region.  Secondly, the support should be relevant to the European integration agenda of the Candidate Countries and potential candidate countries.  Thirdly, the support should ensure a complementary approach towards other existing structures and initiatives and avoid duplication.  Fourthly, the support should be directed to initiatives which are fully inclusive to the whole territory of the Western Balkans, which means that the Assembly of Kosovo should be fully and equally part of the initiative.

Taking into account these four criteria, there are different possibilities in terms of of the type of programme, approach and implementing partner for the future IPA programme. The last chapter of the study includes recommendations on which regional projects to support.  However, rather than providing one “golden bullet” recommendation, the report offers four options for IPA support for regional parliamentary co-operation: