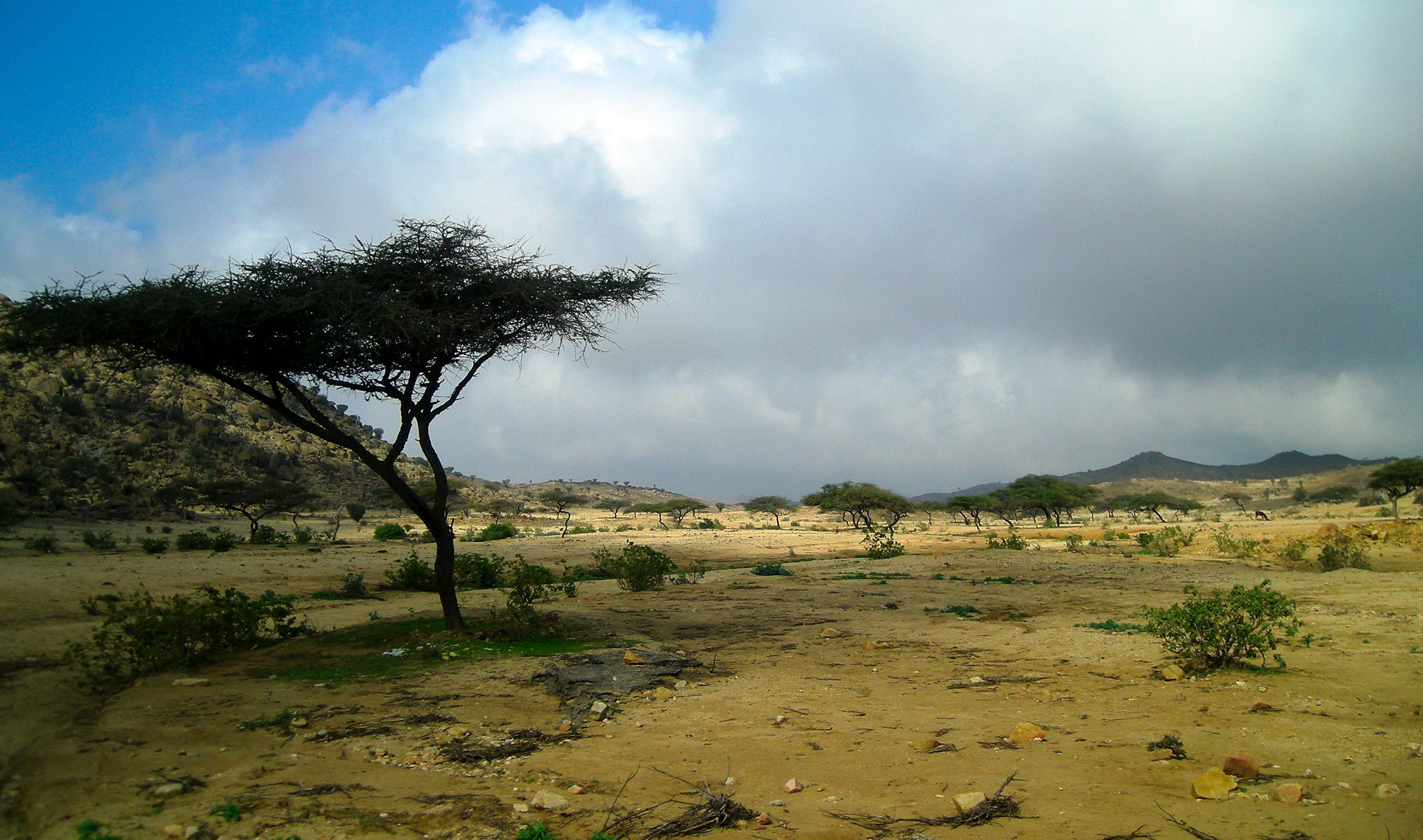 PAI successfully bid for a contract to conduct a Mid-term Review (MTR) of the IDA-financed, Local Government Service Delivery Project (LGSDP) in South Sudan.  The LGSDP, implemented by a Programme Management Unit (PMU), located in South Sudan’s Local Government Board (LGB) and reporting to the Ministry of Finance and the LGB, was developed in line with the World Bank’s Fragile and Conflict Affected States’ (FCAS) strategy and combined institutional strengthening of local government, using a mixture of ‘learning by doing’, formal, class-room based training and in-the-field mentoring approaches, with efforts to address the public’s negative perceptions of local government.  The project aimed to help South Sudanese authorities to deliver community-prioritised services and infrastructure to identified payams and bomas (local government areas and districts).

The LGSDP and the MTR were faced with numerous challenges.

Firstly, within a year of the launch of the project, South Sudan was plunged into an economic crisis arising from the newly-born country’s re-emergent conflict with its northern neighbour, Sudan.  The resulting inability to export the principal foreign exchange earner – oil – led to the collapse of Government revenues and across-the-board cutbacks, including centrally financed local government capital investment grants.  This meant that the LGSDP PayamDevelopment Grant (PDG – Component 1 of the project), instead of supplementing central support to county budgets, became the sole source of funding for service delivery.

Secondly, conflict between the ethnic-based political factions led respectively by the President, Salva Kir, and his first deputy vice-President, Riek Machar, quickly deteriorated into civil war between the two, manifested in ethnic Dinka and Nuer clashes that verged on a virtual attempted genocide.  As a result, instead of launching the project in an initial four states, the lack of security meant that only two state locations were possible.  And, despite the IGAD-brokered peace deal, at the time of the MTR it had only been possible to increase the number of states in which implementation was possible to six, four of which were still in the initial planning and community mobilization stages.

Thirdly, South Sudan faces major communication infrastructure challenges.  In the first instance, many communities are cut off from the outside from November/December through to March/April (the rainy season) because of poor roads.  Weather also affects local air travel; flights are frequently cancelled at short notice and resulting travel plans are significantly disrupted.  Added disruptions to communications included the security situation, which prevented travel to some states, and increased risks even in those states in which the project was implemented.

Fourthly, the rapid political deterioration and the Kir administration’s decision to increase the number of states to 30 resulted in the withdrawal of bilateral donor funding.  This was intended to underline bilateral development partners’ disapproval of the administration’s actions and behaviour in the civil war (the UN Security Council sanctioned key figures associated with both Kir and Machar and deemed them to be key actors in the civil war); however, it also resulted in a funding gap that affected the LGSDP, partly addressed by additional IDA resources.

Fifthly, the funding gap was also negatively impacted by the crisis-induced, rapid deterioration of the exchange rate.  This was initially resisted by the Kir administration, which attempted to maintain the fixed rate.  In itself, this undermined the LGSDP PDG value, since community projects were financed in South Sudanese pounds (SS£).  As a result, disbursements were put on hold and only resumed following the administration’s decision to devalue the SS£.  In reality, disbursements only resumed at the time that the MTR team was in country, meaning that prioritized community projects had been postponed for approximately nine months, significantly affecting the LGSDP timetable.

Finally, the Institutional Development component experienced significant challenges arising from both the extremely low level of education in the country and the effect this has on the ability to train under-qualified local government personnel, particularly as this affects technical areas.  This challenge was further compounded by the trebling of the number of states and the resulting multiplication of counties.  The net general result of the latter was that, instead of reinforcing training and learning, international technical assistance teams often had to provide retraining, partly to cope with the rapid turnover of staff, many of whom were moved from one county to another.

The MTR concluded that, despite the formidable external challenges which the LGSDP experienced, the project’s design was, and remained, relevant to the country’s needs and was in line with WB country, Community Engagement and FCAS strategy.  The use of human and financial resources was largely efficient, although better planning (particularly with respect to contracting of CE CSOs) might have increased efficiency.

Effectiveness, particularly with respect to Components 1 (PDG grants), Component 2 (Community Engagement), and Component 4 (Management) was high.  Where challenges existed (Component 3 – Institutional Development), this was largely outside the project’s control; notwithstanding, in general, where skills had been able to be transferred, these were demonstrably retained and, as a result, there was a general conclusion that the project was effective, i.e. it was contributing to the expected results.

The Terms of Reference (TORs) stipulated that the MTR should address the five OECD Development Assistance Committee evaluation criteria – Project Design and Relevance, Efficiency, Effectiveness, Impact and Sustainability – with a view to developing recommendations regarding future financing (implementing the LGSD was envisaged over a 15-year investment cycle, subject to successful periodic reviews) to address the funding gap arising out of the withdrawal of expected bilateral donors, as well as other measures needed so that the project’s purpose and goal could be met successfully. At the time of the MTR, LGSDP was being implemented in six of the ten states, with roll-out plans in place for a further two states.  The final two states were expected to be included in the LGSDP before the end of the first phase of the project.  Expected MTR outputs were an end of mission stakeholder debriefing, a draft final report, participation in the World Bank’s MTR mission and producing a final report.

Our four-person MTR team comprised a Financial Management expert, an Institutional Development expert, a Community Development expert and the Team Leader, who specializes in social and institutional development.  They were supported by two locally-recruited consultants to administer an attitudinal survey on popular perceptions of local government before and following the LGSDP implementation.  The team started the Inception phase, receiving briefings from both the key PMU actors (the PMU Head, Institutional Development and Community Engagement Managers, and the Monitoring and Evaluation Officer) and the World Bank (WB) country project management team.  This was followed by an initial documentary review, following which our team submitted a draft Inception Report, outlining the proposed methodological approach and work plan, including an agreed schedule of visits to states, counties and PDG projects, for the remainder of the review project.

Before leaving Juba for field visits to three of the six states in which the LGSDP was operational, the team engaged with key Government of South Sudan stakeholders as well as detailed engagement with key PMU (Community Engagement and Institutional Development), the International Institutional Development Technical Assistance company, Cowater, and representatives of all Civil Society Organisations contracted to implement the Community Engagement strategy in the field.

In the course of the field visits, the team interacted with State Co-ordinating Units, State and Country officials, local Community Engagement-implementing CSOs, Cowater trainers, members of Payam and Boma Development Committees (PDCs and BDCs) and members of beneficiary communities.  In the course of these discussions, the team sought to verify the information obtained through the documentary review and to fill in gaps in the information identified.  They also sought to assess the popular attitudinal changes, if any, with respect to views on local government’s service delivery, through a formal survey of opinion carried out by two local consultants who gathered data on people’s attitude to local government.

At the end of the field visits, the Team Leader prepared an Aide Memoire and debriefed key stakeholders prior to his departure from South Sudan.  The resurgence of the civil war resulted in the forced relocation of the PMU and of the WB MTR mission to WB’s Nairobi office.  Three of our four international consultants flew to Nairobi to participate in a validation workshop with the PMU and WB staff.  After presenting the main findings and recommendations from the MTR, our team prepared minutes of the workshop discussions and finalized their report.

The primary recommendation, arising from the foregoing, was that the WB should commit to a further round of funding, subject to a phased re-introduction of Government of South Sudan capital grant funding, based on the project’s community mobilization model, for local government.