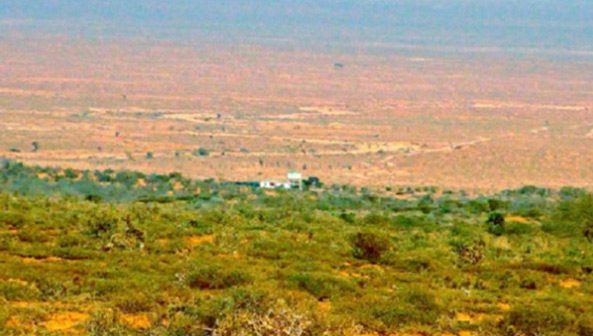 The challenges faced by this Government in strengthening its public sector institutions have been enormous.  The civil war has destroyed physical infrastructure, equipment, and the institutional memory of most Government agencies and ministries.  There is lack of clarity on the mandates and functions across Federal Government institutions and between the Federal and sub-national levels of government – all of which has led to inefficiency as well as competing and overlapping functions.

Cabinet management, policy development and strategic communication have all been weak and intra-Government co-ordination remains a challenge.  Similarly, the legal and regulatory framework of the civil service is incomplete and insufficiently adhered to.  There are no formal mechanisms for employee performance evaluation, promotion and remuneration and there are inconsistent procedures for recruitment, retention and termination of staff.

Staff capacity is low across the whole spectrum of Government institutions, with limited mechanisms to identify and redress these capacity gaps.  There are currently virtually no training avenues for Government employees, the majority of whom have lost the opportunity to develop technical and professional skills through a formal system of quality education.  A large number of educated and skilled Somalis have gone abroad and developed their careers in other countries.  They now have many of the skills required to improve the performance of public and private institutions but many of them have chosen not to return.  Even if they are, or can be, tempted to return by high salary packages, it is questionable whether those Somalis who stayed in the country throughout the civil war will fully accept the concept of working alongside such returnees.

The Federal Government of Somalia and the European Union hosted an international development partners’ conference in Brussels on 16 September 2013 and endorsed the Somali Compact – which focused on medium- and long-term priorities and on the needs of Somalia and its people.

The Compact recognized capacity development as a key enabler for delivering on the Compact’s peace-building and state-building priorities.  The Compact identified “building core public sector capacities” as an immediate objective.  It called for “dedicated support to a number of core functions, including centre of Government, civil service management, and public sector capacities, as well the co-ordinated roll out of basic cross-cutting administrative systems.”  This was envisioned as “a two-track approach that responds to immediate needs whilst ensuring that improvements are sustainable.”

A Flagship Programme was developed – the purpose of which was to enable the Government to fill critical capacity gaps in the civil service and to strengthen the capacity of key ministries and agencies to perform core Government functions.  Core Government functions were defined as the ability to: a) formulate Government strategies, policies and regulations, b) manage and execute flagship programmes and projects that deliver visible benefits to the Somali people, and c) establish basic functionality in public financial management, procurement and human resource management.

Component 2 of the Flagship Programme was entitled Strengthening the Frameworks and Procedures for Civil Service Management. In terms of Pay and Grading, the two Key sub-components were:

2.2 Payroll, Pension and Workforce Management
This sub-component will support the development of a civil service pay and grading policy and action plan and assist in developing a pension policy.  It will also seek to identify and analyse the policies for effective workforce management.  The sub-component will also help to develop an integrated payroll and personnel management system, drawing on the core regulations developed in sub-component 2.1.

The existing pay practices are partly set out in the current draft Civil Service Law. (‘Partly’ because there is no adequate explanation of the basis on which allowances might be paid, nor how they are decided).  Article 85 states that basic salaries will be determined by a special committee.  This is a good provision insofar as putting actual amounts into the law would require a further, possibly lengthy, submission to Parliament before they could be changed.  It is not good, however, in that there is no statement of principle – that salaries should be paid in accordance with the level of responsibility of the person/job – and nor is there an acknowledgement that salary increases can only be provided when/if the Government budget is able to afford them.

Civil service pay rates have remained static since late 2012 and there is no mechanism for regular review of salaries.  The special committee does not meet on a regular basis and is not, it appears, required to make any of its deliberations public if it does meet.  It must be assumed that this situation is, in part, arranged so as to avoid upward pressure on the Government’s salaries budget provided by one of the Government’s own institutions.

As regards the existing grade structure, there are only four grades.  Each of these grades is determined by the broad level of the job, (e.g. Head of Institution) and the job’s educational requirements (e.g. for Grade A these are University degree or equivalent).  What is most striking about this arrangement is the comparatively high number of staff in the highest grades – representing almost one third of the total number of staff in the civil service.  This fact is, in a sense, misleading – as higher grades in part only denote staff with higher levels of qualifications.  But it is hard to escape the suspicion that certain jobs have been designated as requiring a higher level of qualifications and experience only to ensure that the staff undertaking these jobs are paid a higher salary.  No evidence has been found, as yet, to indicate that there is an objective, transparent method of assessing whether a job/person in the A grade is actually required to use their qualifications in any meaningful way.

The current salaries system must be seen as largely unfit for purpose.  It is not just that two people undertaking identical jobs may in fact be paid different salaries.  It is also because the civil service cannot define with certainty what jobs all its staff are actually doing, whether those jobs are necessary, how well they are being undertaken, and what value for money those jobs and their job holders actually represent.  There is no consistently reliable, institution-wide view of how the current system should operate.

The proposed approach for pay and grading reform has been defined by a series of steps to be taken, not necessarily in strict sequence, which taken together will build into an overall reform programme.  So, for example, it will be necessary to develop a new provision in the Civil Service Law which provides the appropriate legal framework to introduce a new grade structure and new salary scales.  As long as the revised law comes into effect before the new system is actually implemented, it will not be necessary to define precisely when the legal changes are made.

The proposed steps have been set out as follows:

The World Bank is currently considering these proposals in conjunction with the Government of Somalia.  If the proposals are accepted, the next stage will be to appoint consultants to help implement each of the stages – as part of the overall Flagship Programme.  The support the World Bank will be providing will last for three years.  This support will cover a wide range of areas – of which pay and grading reform will be just one part.

The pay and grading reform process outlined above is not particularly complex. Moreover, the Somali civil service – at Federal Government level – is relatively small, (approximately 4,000 jobs).  Therefore the numbers of jobs to deal with should not pose significant logistical and implementation difficulties.  What is unclear at present is the extent to which expatriate consultant support may be required to promote the design and details of the particular pay and grading reform programme best suited to the Somali civil service.

There will almost certainly be objections along the lines that the proposed new system does not sufficiently reward educational qualifications and, by extension, is indifferent to the country’s overall need to find jobs for its most educated citizens. Working through such objections, and securing active consent to the overall reform progress, as well as the detail of the proposed scheme design, will be one of the major challenges faced by the technical assistance provided to the civil service in the early stages of the project.