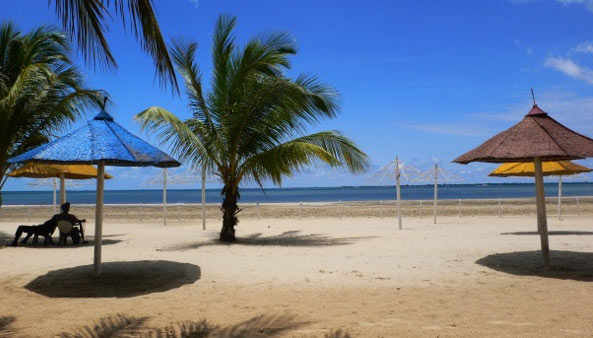 Following Sierra Leone’s devastating civil war and the restoration of peace in the country in 2002, the Government of Sierra Leone, supported by international donors, embarked on wide-ranging public service reform and improvement programmes. A Steering Committee on Good Governance was set up to guide and oversee these reforms and funds were provided from the UK Department for International Development to review the structure and functions of all Government Ministries and to improve human resource management and records management in the civil service.

PAI was awarded two major DFID contracts to work in support of these Government initiatives to improve efficiency, professionalise the civil service and increase its capacity for delivering services to the public.

Human resource management (HRM) systems had inevitably been neglected during the years of conflict and were badly in need of modernising. Much public information had been destroyed and the records that survived, including personnel records, were in a chaotic state.

The challenge for PAI and its partners, CoEn Consulting (Ghana) and the International Records Management Trust (UK), was to support the Government in transforming the existing Establishment Secretary’s Office into an effective, modern Human Resource Management Office capable of setting and implementing HR policies throughout the civil service.

PAI selected an experienced team of international, regional and local consultants to work closely with the Government’s Public Sector Reform Unit over a period of three and a half years to address these problems.

Our first priority was to carry out a training needs analysis and to produce a comprehensive staff development plan. This included familiarising ourselves with the proposed new functions of the HRMO and the organisation and staffing arrangements and job descriptions required to carry out these functions. We identified skills gaps and training needs and assessed the need for recruitment of people with specialised skills. Our training and development experts also carried out a feasibility study on the scope for and costs of establishing a Civil Service Training College.

We developed a composite Civil Service Law which, among other things, set out the legal mandate and main functions of the HRMO and confirmed its relationships with other central Government Ministries and agencies. This aspect of our work included examining examples of civil service laws from other Commonwealth countries, including examples in West Africa, and harmonising the civil service law with the new local government law.

A significant amount of time was devoted to training and development of staff in the HRMO to enable them to work with the new structures, policies and systems. We also developed a new cadre of HRM specialists, both in the HRMO and in Ministries, so that they could carry forward the work on HR in the future and support ongoing reforms.

Another important aspect of our work was creating an effective job inspection function and carrying out a programme of job inspections in Ministries and agencies. Our consultants also built up capacity to undertake management and functional reviews of Ministries. In parallel with this, we helped to set up an effective Pay and Grading Division, and provided training on pay and grading systems and good practice, so that staff in this Division could implement improvements in the existing pay and grading system and salary administration.

The other important aspect of the project focussed on designing and implementing an improved personnel records system at the HRMO for about 17000 civil servants, and strengthening procedures for reconciling the staff lists with the payroll records and the social security records. The data generated by these improved HR information systems was very helpful in supporting the new, more proactive approach to HRM.

Our consultants also advised the HRMO on how to prepare for formal human resources budget hearings, which formed an integral part of the national budget process. They provided technical advice on how to link human resource functions and activities to their budgets, for inclusion in the Ministry of Finance’s budget cycle.

During the three and a half year life of the project, steady progress was made in modernising and professionalising the Human Resource Management Office and building its capacity to manage the HR function more effectively and pro-actively, to the benefit of the civil service as a whole and, ultimately, to the citizens of Sierra Leone. Specific outcomes were: