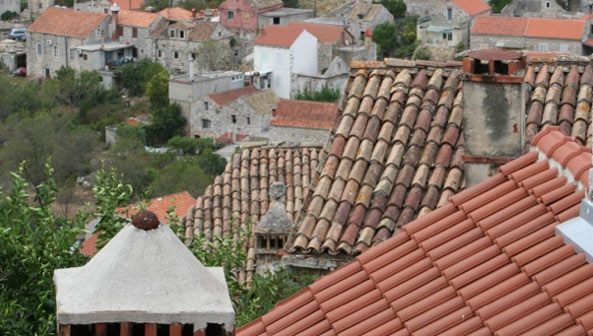 PAI successfully bid for and won a contract to implement a project on capacity development in three Kosovo authorities, namely the Kosovo Competition Authority (KCA) , the State Aid Department (SAD) at the Ministry of Finance and the Public Procurement Board (PRB). The project was funded by the UK’s Conflict, Stability and Security Fund and supervised by the British Embassy Pristina.

Kosovo continues to face considerable challenges in preventing and countering corruption and promoting a level playing field for businesses in general. Bodies exist within Kosovo to combat this, including the Kosovo Competition Authority (KCA), the State Aid Department (SAD) and the public procurement agencies. However, the EU Country Report for Kosovo concludes that institutions still lack capacity and pro-activeness to deliver results. Therefore, improving institutional capacity and capability to deliver on their mandate will help counter corruption and drivers of conflict.

For all three institutions, the terms of reference highlighted the need for various skills development and, in the case of the SAD, there was the additional challenge of assisting this newly-established organisation to develop the first inventory of state aid schemes in Kosovo. In the PRB there was a need for a review of the organisational structure, staffing and procedures, with a specific focus on ensuring a higher degree of consistency in decision-making.

The project was undertaken by a team of four advisors in the fields of competition, state aid, public procurement and investigative techniques. Implementation was based on action plans for delivery of training, analyses and other advisory activities agreed with each of the three institutions. For all three institutions the training included two aspects: On the one hand, detailed briefing about EU principles in the fields of competition, state aid and public procurement to facilitate the application of the national legislation which in all three areas is subject to EU alignment. On the other hand, discussion of practical problems of application based on the international experience of the advisors. In the course of their regular visits to Pristina, the advisors also dealt with a number of concrete cases, as the need arose, and this proved to be an important element of the project.

The project activities included an external dimension, namely assisting in establishing co-operation not just between the institutions themselves but also in relation to other Government entities. In this respect the advisors provided tested models for such co-operation in other countries and assisted with the concrete definition of procedures, agendas, etc. In relation to the KCA and the SAD the project provided the staff with various skill-sets to improve their handling of cases and investigations. The focus for the KCA was on investigations, for example, what evidence is required to prove cartel arrangements? Other aspects included possible red-flag indicators for violations of competition law, choice of proportionate KCA interventions and more efficient use of the investigative powers of the KCA. Specifically as regards investigations, our adviser helped the KCA to develop a standard procedure for investigations to ensure that information was collected systematically and based on needs for evidence defined in advance.

The project work with the SAD concentrated on helping the newly-recruited staff to get up to speed with state aid rules and principles. Our adviser for the SAD also worked with staff to develop administrative regulations for the practical application of state aid rules. Moreover, the project team assisted in establishing the basis of crucial importance for monitoring of state aid, namely the first inventory of state aid schemes in Kosovo. This required forms to be designed and tailored for collecting information, guidelines for processing the information and identification, co-ordination and effective communication with the various Government entities in charge of such schemes.

Our adviser for the PRB designed and delivered a series of practical workshops and provided frequent ad hoc advice for the staff and also advised on reforming and simplifying the organisational structure and agreeing a new organogram. In addition, revised job descriptions were developed to reflect these changes and to introduce new functions and quality control procedures. He also worked closely with PRB staff in introducing procedures to promote consistency in decision-making in complaints cases. The procedural reforms to promote consistency were based on templates for information collecting /analysis and the various elements required for making sound decisions when handling in complaints.

Many observers describe corruption in Kosovo as endemic, with highest political levels merely paying lip service to dealing with the problem. It would therefore seem unrealistic to expect any dramatic reforms to succeed. This is equally the case regarding the KCA, the SAD and the PRB, the latter being very much subject to pressure from vested interests.
For this reason, the project was oriented towards setting and achieving tangible targets as regards skills development and working procedures, where effects can be expected to be sustainable in the longer term. At a relatively early stage, the project team could identify very specific needs and formulate quite concrete actions and skills development themes, many of which were linked to issues in the overall national environment.

In the case of KCA, one significant main problem is the difficulty in securing co-operation with investigations, not just from private enterprises but also from other public bodies. This reflects the general problem of relatively weak public sector structures.

A predominant finding in the case of the PRB is that the lack of consistency in PRB decisions is simply due to this not being given sufficient priority. The existing internal working procedures did not require identification and analysis of similar previous cases. Paying attention to what the line of thinking was in earlier similar cases is obviously important for maintaining consistency.
All three institutions have a limited amount of staff. On the positive side, this meant that communication and co-operation could happen rather informally and quickly. When it came to events traditionally requiring more structure and regularity, such as training programmes, the challenge was to find a formula suitable for staff members’ busy schedules and shifting agendas.
The project activities were continuously subject to feedback from the staff of the three institutions. This feedback was consistently positive and, overall and over a relatively short timescale, the project provided sustainable results in terms of skills development and procedural reforms, resulting in stronger, more capable organisations.